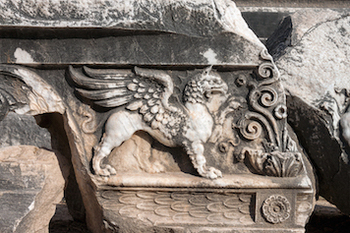 Although ‘another Jesus’ in 2 Corinthians 11:4 is present in all ancient manuscripts, I believe this Jesus mention is not authentic. Not only does the preceding verse mention ‘a sincere and pure devotion in Christ’, but also when we take a look at the whole preceding chapter, we see that this is totally devoted to ‘Christ’, without any mention of ‘Jesus’, or any part of its content to be traced back to the latter.

The phrase ‘For if someone comes and preaches another Jesus than the one we preached’ (v. 4a) is therefore floating in a vacuum, as a first Jesus, to which this ‘another Jesus’ would refer, is mentioned nowhere in the preceding chapter 10 or in the first verses (1 to 3) of chapter 11. ‘Another Christ’ would fit the context, and this substitution would make the whole fragment intelligible.

How then could ‘another Christ’ be understood in this passage? Essene messianism was a reaction to Roman imperialism, with the aim of replacing the Roman empire with an Essene messianic empire. In this imperial context we should not simply translate ‘messiah’ as ‘king’ (although this would fit in with ancient Jewish tradition) but rather as ‘emperor’. From this Essene imperial viewpoint ‘another Christ’ is the opponent of the future Essene messiah or emperor, concretely the Roman emperor (like the Roman emperor is staged as anti-Christ in other writings). If we limit our consideration to verse 4, we see that the followers of this other Christ receive a different spirit or accept a different gospel. This connection of the Roman emperor to a gospel is known: the alleged benefactions of the emperor were called ‘gospels’ in imperial propaganda.

This hypothetical ‘another Christ’ would become stronger if we could discern more coded references to the Roman empire in this fragment and I believe there are two of them. A serpent is mentioned in verse 3, a word that is used generally to describe dangerous persons and specifically the emperor Nero in Sibylline Oracles 5:29. Nero was the Roman emperor when Paul wrote 2 Corinthians. Also Satan (in verse 14) is a code name for the Roman emperor in various places in the New Testament.

With three possible references to the Roman emperor in this passage, the next question is if the content of this fragment is in line with these coded references. First, I will succinctly address a related issue. If Paul were discussing two different Jewish Christs, we might expect concrete elements of the opposition between two Judaeo-Christian factions in Paul’s reasoning as there would be no reason to keep this intra-Jewish information quiet. However, this is exactly what happens in this fragment. Paul opposes two gospels, two Christs, two spirits and two kinds of apostles without discussing the differences. This raises the suspicion that discussing the opposing gospel openly would endanger Paul and his followers.

This way we return to the question above. If it is unlikely that this fragment discusses an intra-Jewish messianic conflict, could this fragment discuss Essene opposition against the ‘good news’ propaganda of the harsh and violent Roman ruling system? I believe it does so consistently, as demonstrated in the discussion below. Verses 3 to 15 are considered, omitting the introductory verses 1 and 2.

(3) But I am afraid that as the serpent deceived Eve by his cunning, your thoughts will be led astray from a sincere and pure devotion to Christ.

Paul could not make a frontal attack on the Roman emperor in a world dominated by Rome, so he did so indirectly. The Roman emperor seems to have something to do with leading the thoughts of Paul’s Corinthian audience astray from devotion to Christ, the future Essene emperor.

Here the opposition is developed in detail. While Paul preaches the Essene Christ, another Christ, the Roman emperor, is proclaimed. The Roman imperial cult seems to be an attractive alternative to Paul’s preaching.
This verse is closely related to Galatians 1:6-7: (6) I am astonished that you are so quickly deserting him who called you in the grace of Christ and turning to a different gospel – (7) not that there is another gospel, but there are some who trouble you and want to pervert the gospel of Christ.
I identified Galatians 1:12 also as an anti-Roman fragment. See the blog post ‘An anti-Roman position in Galatians 1:1-12’.

(5) I think I am not in the least inferior to these superlative apostles.

A good translation of ἀποστολοι in this context is propagators. ‘Superlative’ is used cynically. Paul detests his opponents.

(6) Even if I am unskilled in speaking, I am not in knowledge; in every way we have made this plain to you in all things.

The propagators of Roman imperial rule seem to be good orators.

(7) Did I commit a sin in abasing myself so that you might be exalted, because I preached God’s gospel without cost to you? (8) I robbed other congregations by accepting support from them in order to serve you. (9) And when I was with you and was in want, I did not burden any one, for my needs were supplied by the brethren who came from Macedonia. So I refrained and will refrain from burdening you in any way. (10) As the truth of Christ is in me, this boast of mine shall not be silenced in the regions of Achaia. (11) And why? Because I do not love you? God knows I do!

In verse 10 Paul expresses his combativeness in propagating his Christ in Achaia (Greece).

(12) And what I do I will continue to do, in order to undermine the claim of those who would like to claim that in their boasted mission they work on the same terms as we do.

Paul is combative here too. He rejects the claim of equality of the ‘boasted mission’ of Roman imperial propaganda with his Essene messianic mission.

(13) For such men are false apostles, deceitful workmen, disguising themselves as apostles of Christ.

These propagators of Rome are pernicious. They propagate an attractive message that has some alleged similarity with the ‘good news’ Paul and his followers are disseminating.

In the blog post about the second part of the Synoptic Apocalypse I identified the ψευδόχριστοι (pseudochristoi) and the ψευδοπροφῆται (pseudoprophētai) in Mark 13:22 as the Roman emperors Vespasian and Titus. Unsurprisingly the ψευδαπόστολοι (pseudapostoloi) here are propagators of Roman imperial rule.

(14) And no wonder, for even Satan disguises himself as an angel of light.

(15) So it is not strange if his servants also disguise themselves as servants of righteousness. Their end will correspond to their deeds.

Here also we find Essene dualism in an anti-Roman message. Like their master the emperor, the Roman officials in the provinces disguise themselves as ‘servants of righteousness’, but in fact they are servants of deceit, the Essene dualistic opposite of righteousness. Paul curses them: they will die miserably in accordance with their deeds. This verse is strongly reminiscent of 1 Thessalonians 5:3b where, also in an anti-Roman context, the inescapable end of the Romans is foretold: Sudden destruction will come upon them as travail comes upon a woman with child, and there will be no escape.